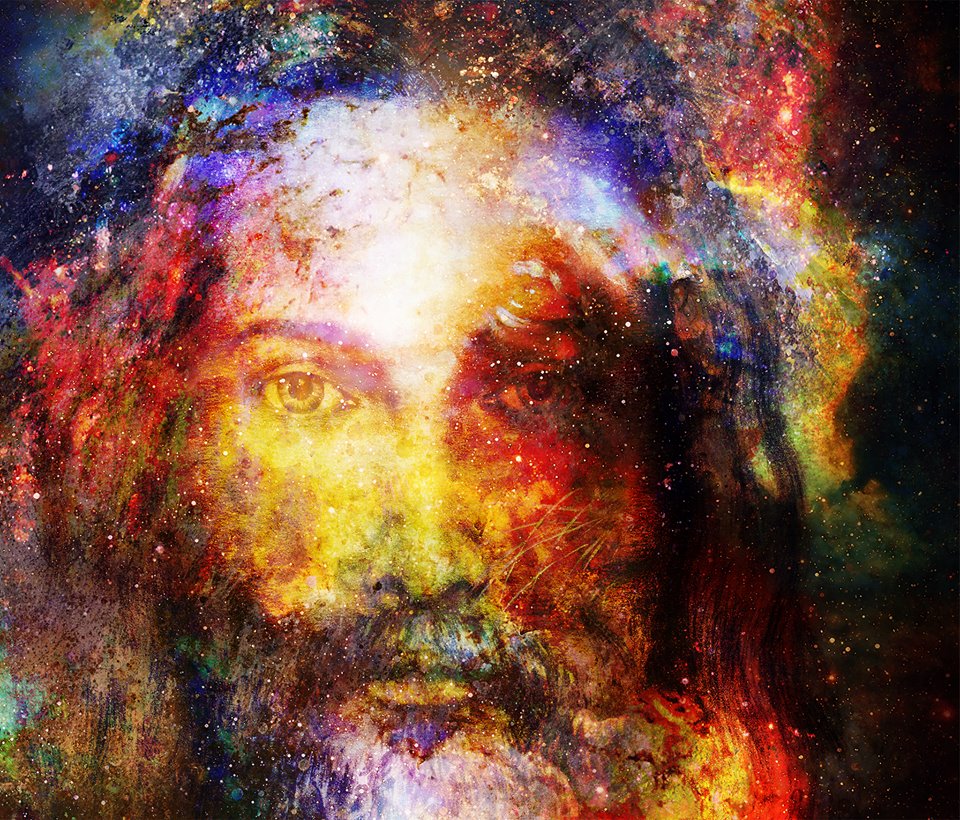 You may take this course stand-alone or as part of the Authentic Freedom Mastery Program or Magdalene Priestess Training.  Attendance in either course offers significant course discounts and payment plan options.

From the Course Welcome and Introduction

Welcome to Deepening Freedom – the Aramaic Prayer of Jesus. This is the fourth course in the Magdalene Priestess Training Program and a required course in the Authentic Freedom Facilitator’s Training.

This course arose out of my own journey of self-actualization and came out of several “coincidences,” or as I prefer to call them, “Goddess-cidences.”

The Genesis of Deepening Freedom:

After the alchemical process, Authentic Freedom, was revealed to me and I had put it into a workable curriculum and shared that course with several others,  I attended a Sacred Dance retreat.  As part of that retreat, we were introduced to the Aramaic Lord’s Prayer, as interpreted by Neil Douglas Klotz, the translation and interpretation of which blew me away.  Aramaic, I learned, was the language that Jesus spoke and taught in, not Hebrew as I had been led to believe.  Aramaic, I also learned is a much more expansive language with many layers of possible translations.  (You can read more about this in Neil’s book, Prayers of the Cosmos, a required reading in this course.) Under Neil’s guidance I learned a more expansive and inclusive form of the prayer that had been part of my everyday existence.  Having been raised Catholic the Lord’s Prayer was an integral part of my religious upbringing.  As an adult, however, the prayer had become irrelevant to me as it spoke only of a God who was male and implied punishment and retribution for our “sin.”

Through the work of Neil Douglas Klotz, I learned a whole new perspective on the Prayer of Jesus.  For example, instead of “Our Father who art in heaven,” the first line of the Lord’s Prayer became “O thou from whom the breath of life flows and is present in all forms of vibration and light!”  HOLY COW!  This was a prayer I could get my head and heart around.   The expansiveness did not end with the first line.  The entire prayer spoke deeply to all the places of woundedness within me around my images of the Divine and of having been raised in a hierarchical, patriarchal religious system.  I was hooked! At the end of the retreat, I purchased every resource I could find on the Aramaic Lord’s Prayer and began to make a study and a practice of it.

For the next year, I diligently applied myself to the study of the Aramaic Lord’s Prayer.  In particular, I was determined to learn the prayer by heart so that I could recite it and sing it in replace of the oldy moldy prayer that no longer served me.  As I embarked upon this course of study, I observed an interesting phenomenon.  As I attempted to learn the phrases in their original Aramaic, some came quite easily, others seemed nearly impossible to master.  Upon reflection, I realized that the phrases what posed a problem for me were reflective of a spiritual wound or fear that I had not yet mastered.  The phrase on “forgiveness,” for example, caused me great difficulty.  I also learned that as I worked on the difficult phrase and reflected on its spiritual lesson, the wound within me was healed and released, and with its release I was suddenly able to sing the phrase without difficulty.

Lesson One:  Introduction to the Aramaic Lord's Prayer.

What you will need for this course (available new or used on Amazon):

The Hidden Gospel by Neil Douglas-Klotz*

Authentic Freedom – Claiming a Life of Contentment and Joy by Lauri Ann Lumby.

(If you have already completed the course "Authentic Freedom," you will already have this book).

Setting a Trap for God – The Aramaic Prayer of Jesus by Rocco A. Errico

Prayers of the Cosmos companion CD

You will also need a notebook or journal for engagement with the meditation and creativity exercises that are part of this course.

NOTE:  The price for the course does not include books or cd's.

Scripture Disclaimer:  You will notice that scripture plays a predominant role in my writing and in most of my local and online courses.  Please note that my approach to scripture is unlike any you have likely experienced before!  I do not approach scripture from a dogmatic or doctrinal perspective.  Neither do I use it as a way to instill fear or manipulate specific actions or behaviors.  Instead, I approach scripture as the ancients did – as a collection of stories which have the opportunity to reflect back to us aspects of ourselves.  In this way, scripture becomes a vehicle through which our highest self can speak to us – providing guidance, support, inspiration, nourishment and even healing.  When we pierce through the veil of other people’s interpretations and allow the Divine to speak to us personally and directly through these ancient texts, we discover the transformational power of The Word as it was originally intended – as a tool to guide and sustain us on the path of love.

For a FREE sample lesson of this course, register for the FREE Authentic Freedom Mastery Course Preview Course: 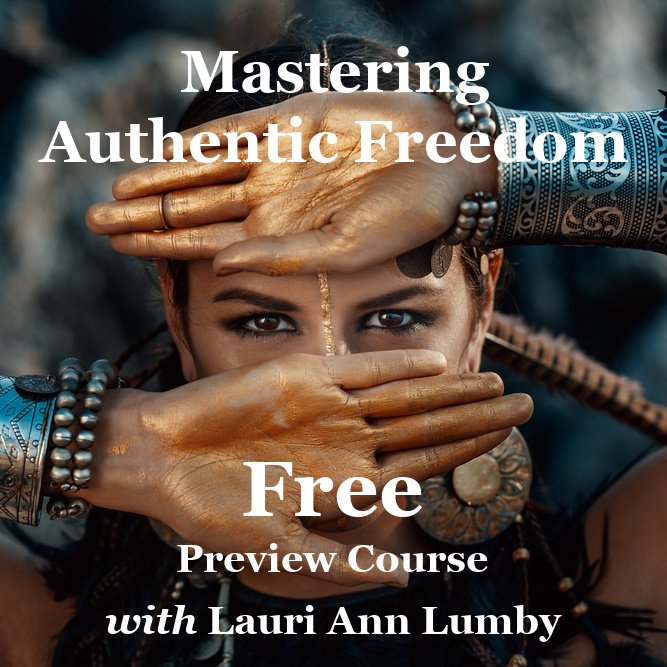 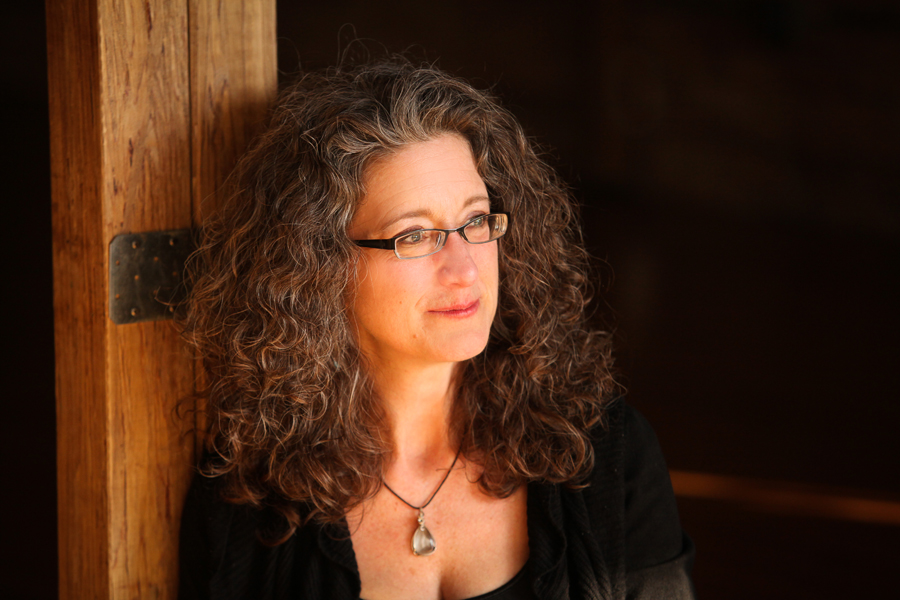 Lauri Ann Lumby, OM, MATS is an author, teacher, priestess, healer and prophet. She is the author of the highly-anticipated, Song of the Beloved – the Gospel According to Mary Magdalene and Authentic Freedom, both of which reveal the hidden teachings of Jesus as revealed through his most devoted student, co-equal minister and beloved partner, Mary Magdalene. For over twenty years, Lauri has researched, studied and put into practice these hidden teachings of the Judeo-Christian tradition and discovered within them rich and effective tools for facilitating self-awareness and self-actualization. These teachings and practices prove that beyond the doctrine resides the truth that unites all people – the truth of Oneness in Love. As a priestess of the Magdalene/Christ, Lauri shares these teachings through her on-line and local courses, one-on-one mentoring, writing and publishing.

Lauri is the owner of Authentic Freedom Academy and founder of the Temple of the Magdalene. She lives in Oshkosh, WI. You can learn more about Lauri, her writings, programs and services at www.lauriannlumby.com.

After receiving her BBA in Marketing from the University of Iowa and finding nothing but dissatisfaction in the world of commerce, Lauri began her own search for self-knowledge. As part of this search, Lauri heard her call to active ministry and pursued her ministerial education and training through the Catholic Diocese of Green Bay/ Silver Lake College and her training and credentials as a Spiritual Director through the Norbertine Center for Spirituality in DePere.  After fifteen years as a Catholic lay-minister; specializing in adult spiritual formation, small faith communities, pastoral counseling, liturgy and sacraments; Lauri left institutional employment to establish a secular ministry where she could respond to the spiritual needs of a wider audience.  In 2005, in support of a lifelong calling, Lauri was ordained as an Interfaith Minister through the Universal Life Church in Modesto, CA. In March of 2015, Lauri completed her Master’s Degree in Transpersonal Studies (Psychology), with an emphasis in mindfulness, creativity, and active imagination practices, through Sofia University.