Authentic Freedom Academy, founded by Lauri Ann Lumby, OM, OPM, MATS is a center for human development with the mission of supporting the self-actualization of adults through the integration of psychology, spirituality, education and creative expression. Lauri Ann Lumby is the primary facilitator of these offerings. You can learn more about Lauri at www.authenticfreedom.love. Authentic Freedom Academy also hosts a select group of guest-instructors offering formational opportunities within their own fields of expertise.

Mary Magdalene and the Path of the Holy Bride 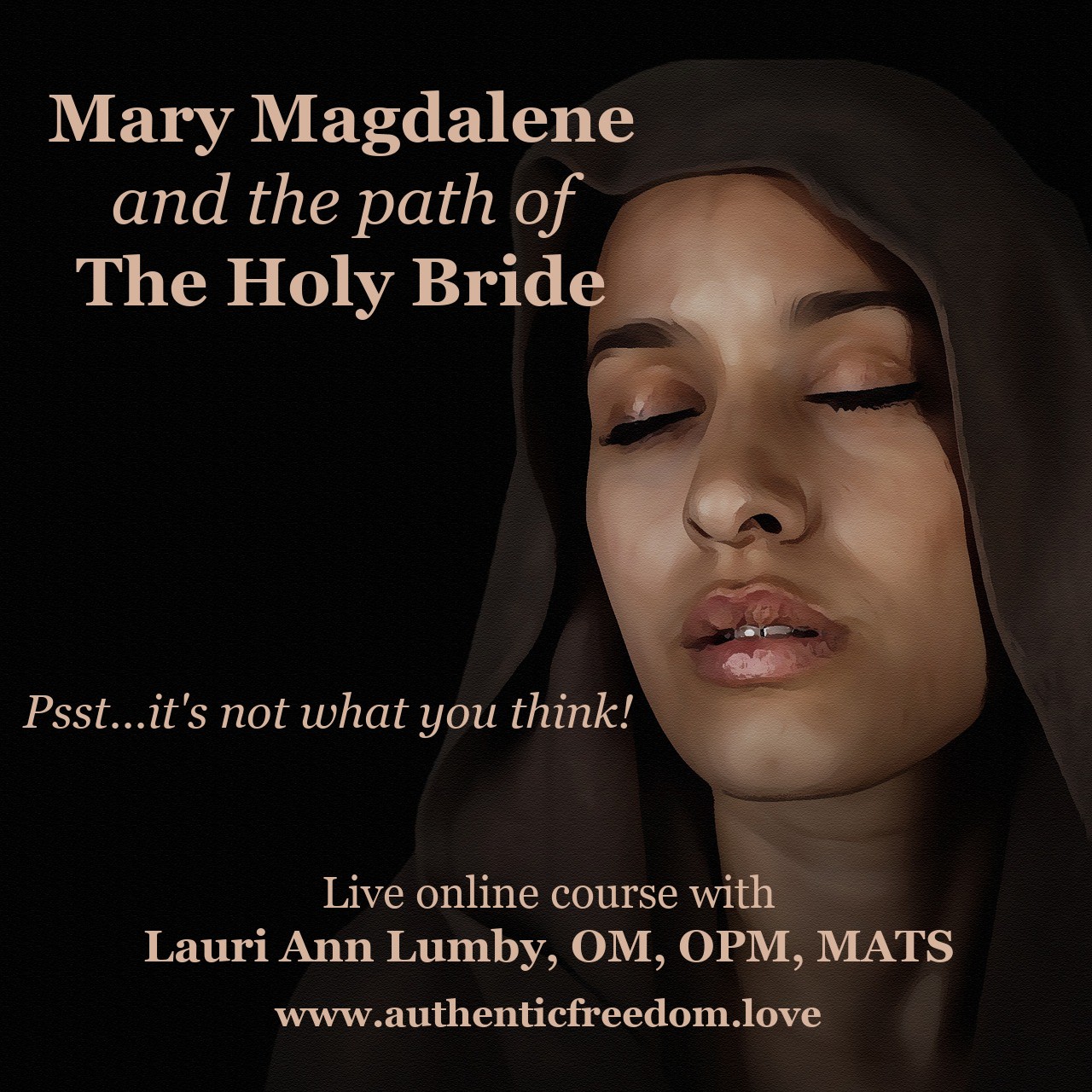 Live gatherings are held on ZOOM and lessons are recorded for later viewing by those who are unable to attend the live gathering,

Explored through the lens of the Divine Feminine and gathering from traditional and gnostic scripture in partnership with the Jewish mystical tradition of the Kabbalah, you will learn the path that Mary Magdalene followed in becoming the Holy Bride.  Like Mary, you will discover the deepest secrets hidden within these sacred texts of becoming The Holy Bride and you will be given the resources, tools and support to need to grow in that journey of becoming.

**Contrary to popular belief, the Holy Bride has nothing do with the human construct of marriage or sexual union.

Learn more about Lauri at www.authenticfreedom.love.