Authentic Freedom Academy, founded by Lauri Ann Lumby, OM, OPM, MATS is a center for human development with the mission of supporting the self-actualization of adults through the integration of psychology, spirituality, education and creative expression. Lauri Ann Lumby is the primary facilitator of these offerings. You can learn more about Lauri at www.authenticfreedom.love. Authentic Freedom Academy also hosts a select group of guest-instructors offering formational opportunities within their own fields of expertise. 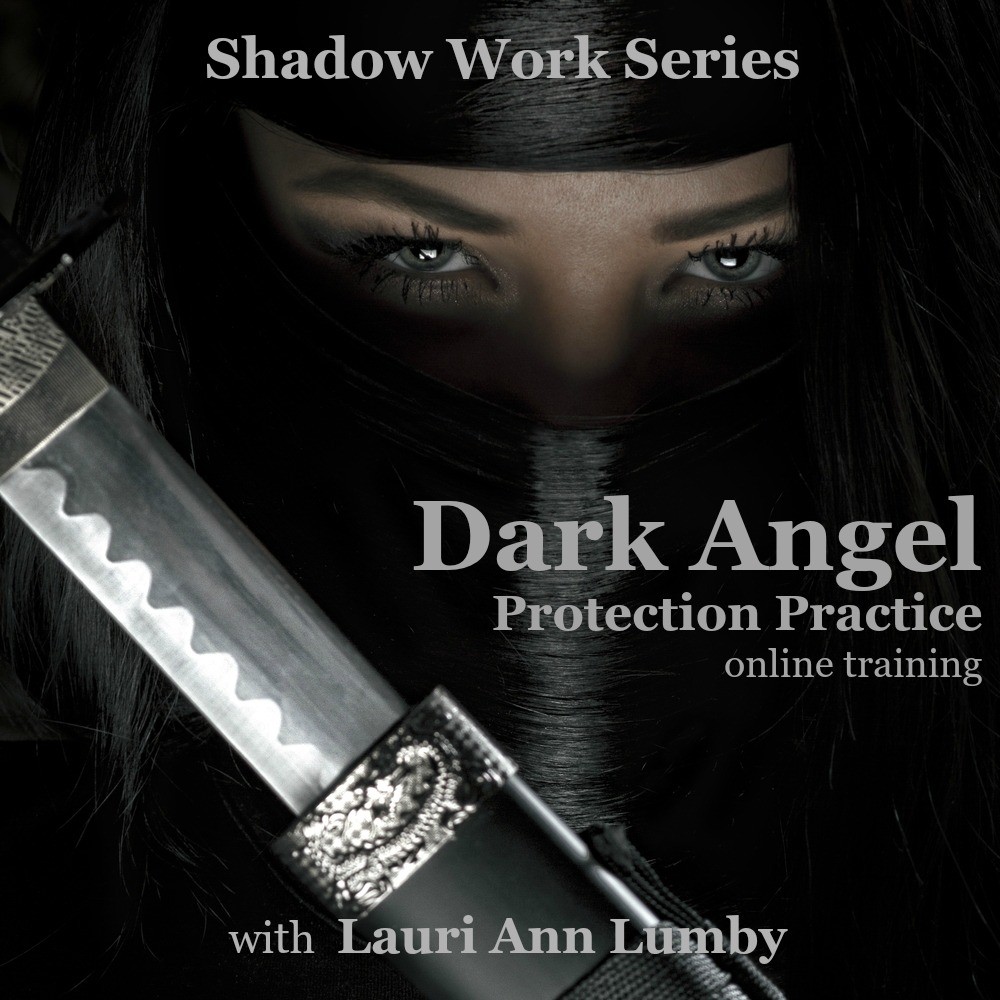 The Dark Angel Protection Practice online training  has been created to support the health and well-being of Empaths, Shadow Workers and Depth Workers.  Those gifted and called into these roles  often struggle under the weight of this calling, especially with the heavy fears and emotions that they are called to transmute.   In addition to the heaviness they are called to transmute through their bodies, Empaths, Shadow Workers and Depth Workers often find themselves bothered by the disembodied fears (what some might call "demons") that are naturally attracted to their light.

The Dark Angel Protection Practice employs the angelic power of the Dark Angels - those who have been specifically charged with guiding and protecting those who are working in the depths.   While the Dark Angels are ever-present and quietly supporting our service to the world, when we engage our human power of free will and invite their active support, they come rushing toward us  as vehicles of protection and support.

Through this you will be introduced to the Dark Angels and instructed in the practice that activates and engages their protective support.

The Dark Angel Protection Practice  was created by Lauri Ann Lumby, OM, OPM, MATS.  Lauri is a Magdalene Priestess, High Priest in the Order of Melchizedek and shadow worker.  Lauri has been accompanying clients and students in depth work for nearly thirty years. Lauri has developed the Authentic Freedom protocol, among other shamanic practices to support people in their efforts to become whole.  Lauri is spiritual director for the Authentic Freedom online community, a published author, artist and sought-out spiritual counselor and educator.  Learn more about Lauri at www.authenticfreedom.love.