MotherHouse of the Goddess

MotherHouse of the Goddess is a Gathering Place for Goddess Spirituality and seekers of the Divine Feminine. We share information, provide online courses, and promote and organize events online and offline for women. Our Instructors are varied and all expert practitioners in their respective fields! 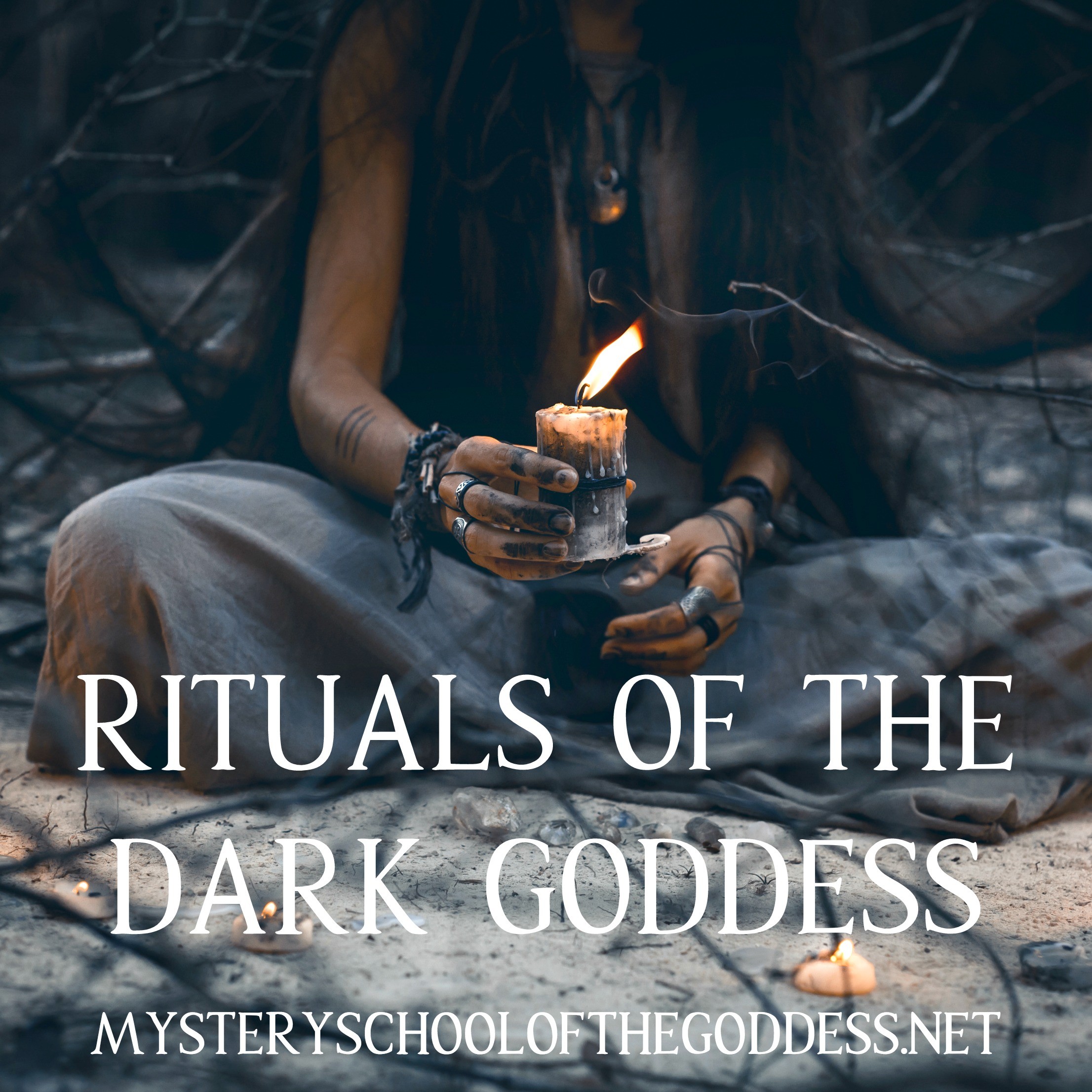 "She is the egg and the seed of the world ... She is darkness as well as light. Her cycles encompass all moods and all phases. She is queen of the Bright Night and of the Darkness, guide to the lost traveller and pathway to the Underworld. She brings creativity and visions; she also brings, sleep, darkness, and death ... She is the home of the souls of the unborn and of the dead waiting for rebirth." ~ Anne Kent Rush

The Dark Goddesses are the Initiators, the Psychopomps, the threshold Goddesses between our world and the otherworld.  They mediate our consciousness, expose our shadows, and accompany us through the underworld – through our unconscious.  Many of the Dark Goddesses are Creators and Destroyers – they hold sway over the most powerful moments in human lives:  childbirth, initiation, death, dreams, and both shamanic and psychic experiences. In this course, we will meet and connect with a few of the Dark Goddesses, experiencing them through ritual practice and meditation.

Delve into the realms of the Dark with two experienced guides: Priestesses Brandi Auset and Kimberly Moore. Explore each Goddesses myth and practices and connect deeply through guided meditation. Open to what the Dark Goddesses are poised to reveal for your journey this season.

DARK GODDESSES IN THIS COURSE:

The course is moderated Self STudy - Brandi and Kimberly are available for questions! Complete at your own pace.

This is a 6 week course. Each week you will receive stories, myths, correspondences, ritual practices, ways to connect, and a guided meditation to each Goddess. Join us for this seasonal journey to the Dark Mothers who rule the in between spaces and the shadow mysteries. 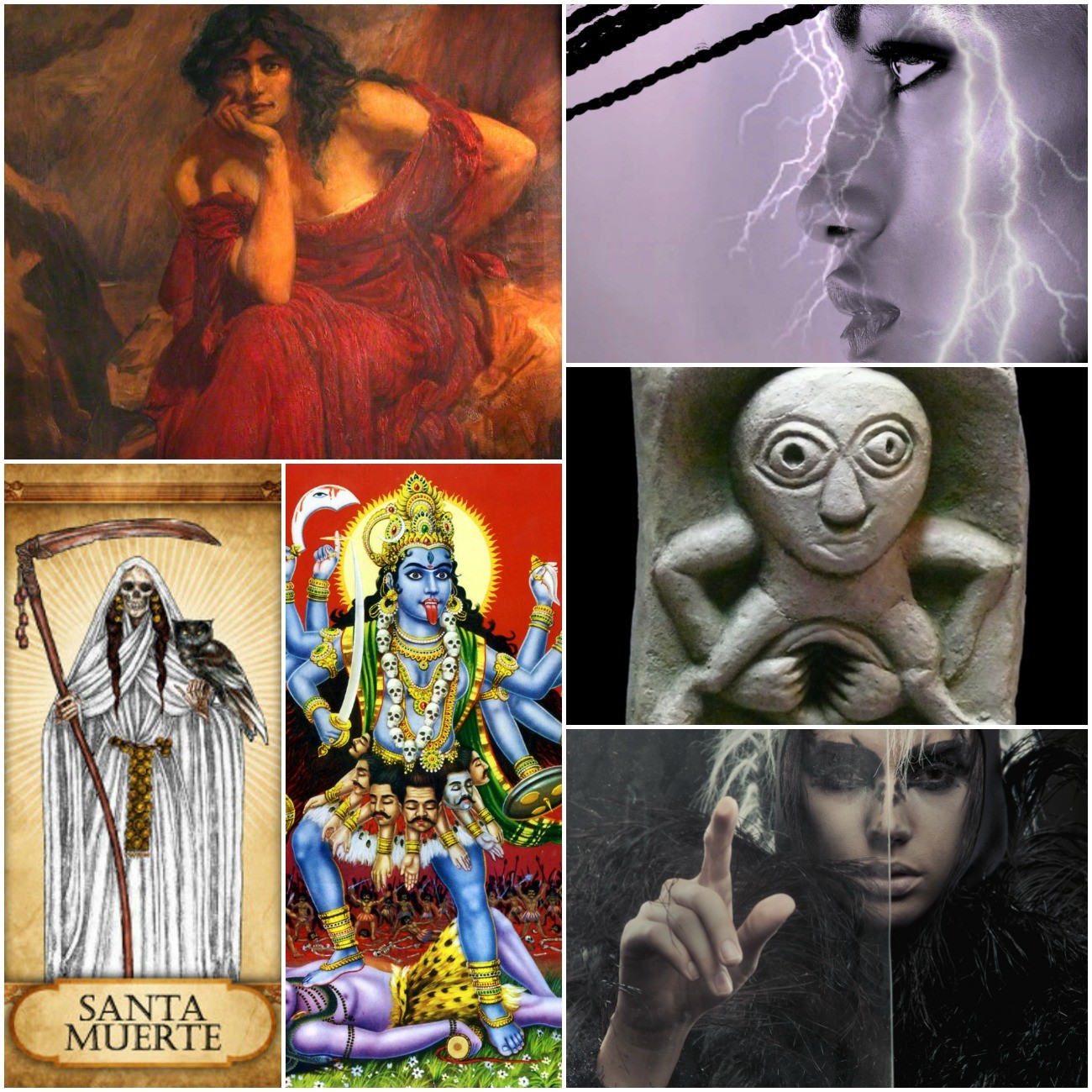 Kimberly F. Moore is the Founder of theMotherHouse of the Goddess and Mystery School of the Goddess and has been a Goddess Priestess for more than 20 years. Her areas of research, practice, and teaching are focused on Goddess Spirituality, Ritual Practice, Sacred HerStory and Comparative Mythology, and Archetypal Psychology. She has a special connection to Goddesses from the Greek, Hindu, and Yoruban traditions, but has worked with many other Goddesses through the years.  She is an Aborisha in Lukumi and a Daughter of Oshun. She leads women’s groups and rituals both online and in person. Her Mission as a Priestess is to hold the sacred space for women to explore the Sacred Feminine and become powerful, self-realized agents of Goddess in the world.

Brandi Auset is a High Priestess of the Goddess, an Aborisha in Lukumi and a Daughter of Oshun, a massage and energy therapist, intuitive counselor, and aromatherapist. She has been working with Goddess energy for most of her life, and she teaches workshops on many topics, including techniques for infusing the Goddess into daily life and spiritual practice.  Brandi is the author of "The Goddess Guide: Exploring the Attributes and Correspondences of the Divine Feminine", published with Llewellyn Worldwide. She is currently developing a new Goddess title, as well as a divination deck. Connect further at her personal site BrandiAuset.com